It is now quite clear that we are in the midst of an air quality crisis. While it poses a serious risk to all of us, it is having a particularly detrimental impact on our children, and it is encouraging to see that politicians of all persuasions are now at least beginning to think about how we can start to reverse the trend.

We believe that enabling more people to cycle has a crucial role to play in improving the quality of our air over the coming years. Here are just a few of the reasons why. 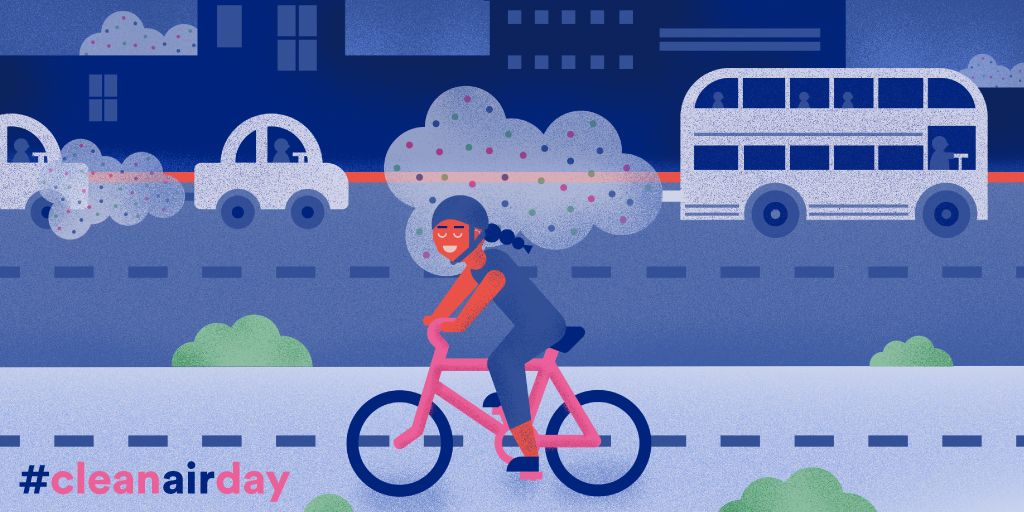 There’s a common mis-conception that people on bikes are exposed to air pollution more than car drivers and bus passengers – but this isn’t the case at all.

In fact, a study by the University of Leeds found that on a 4km rush-hour commute, people on bikes were exposed to a total of 12m pollution particles, compared to 19m by passengers on buses and 20m by those in cars, due to the fact that those on bikes spent less time sat in stationary traffic. 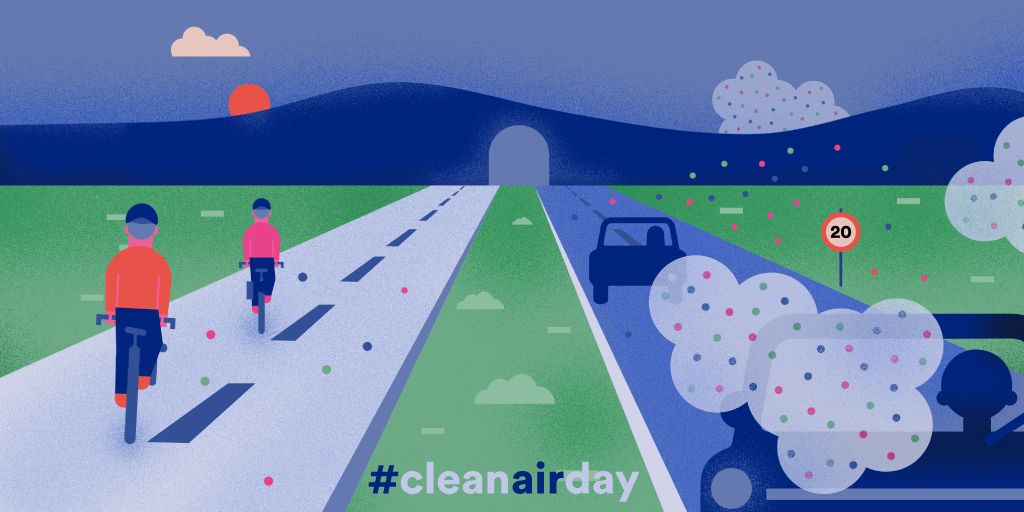 While it’s true that other road users may be impacted more by polluted air – and that even in cities with high pollution levels the benefits of cycling outweigh the risks – that doesn’t mean that we shouldn’t be striving to further reduce the potential harm.

One of the most effective ways of reducing the exposure of people on bikes to harmful gases is by physically separating them from motor traffic. Segregated cycle lanes bring other and more obvious safety benefits to cyclists, by reducing the likelihood of collisions with other vehicles, but they also reduce the harmful air pollution particles they are exposed to by around a quarter. 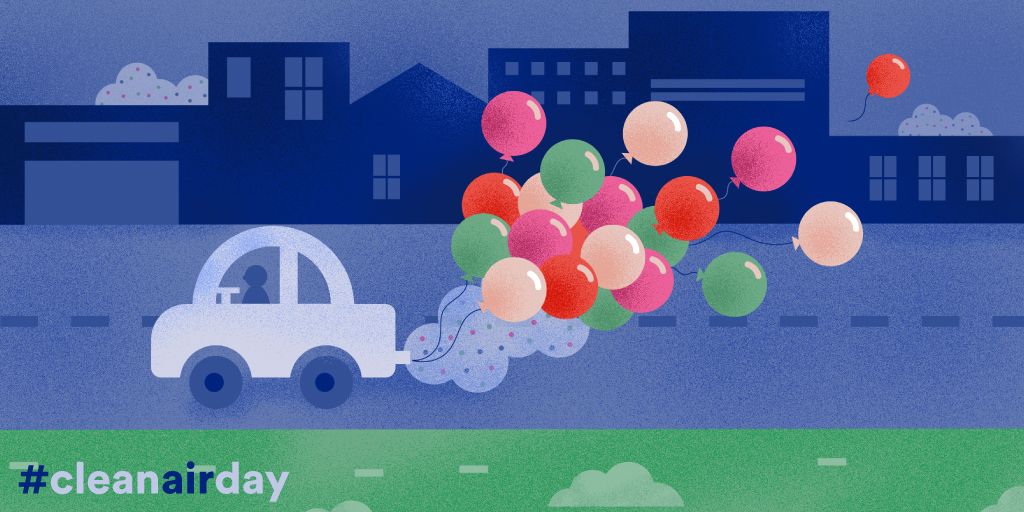 Because it’s not always easy to see the impact of air pollution, it can be a little more difficult to grasp the scale of it. But just consider this statistic from Westminster City Council: a car sat stationary with its engine running for just one minute produces enough exhaust emissions containing harmful chemicals to fill 150 balloons.

This is something we see quite often while parents are waiting for their children to finish school, and as we highlighted in the introduction to this piece, children are much more vulnerable to its impact. 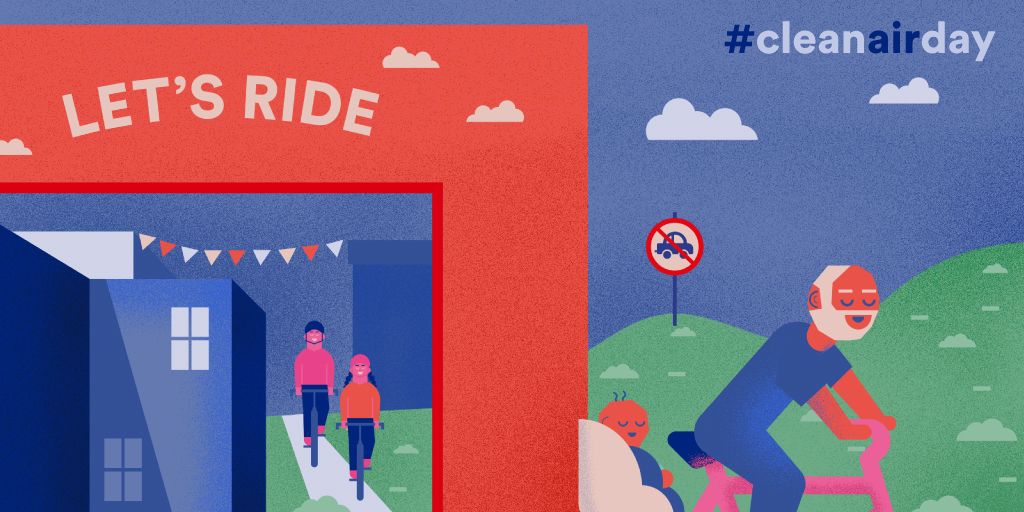 Separating people on bikes from motor traffic is one thing, but if you really want to knock this dirty air on the head, why not just take the motor traffic away altogether?

At traffic-free HSBC UK Let’s Ride events in Newcastle and Cardiff we saw the levels of harmful gases in the air reduced by 75% and 69% respectively. While this may seem a touch extreme, in recent years Oslo in Norway has taken steps to remove cars from its city centre, and cities around the world are now making moves towards regular ‘car-free days’.

If you fancy giving it a try yourself, you can find a HSBC UK Let’s Ride event near you here. 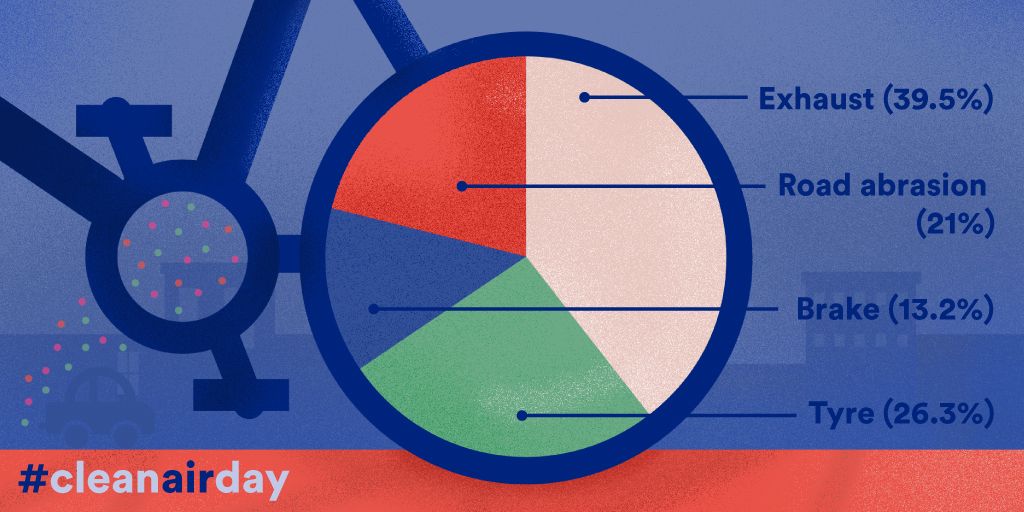 But can’t we solve this with electric vehicles? It seems logical, but the answer is no.

According to a study by the University of Oxford and University of Bath, exhaust fumes actually only make up around two fifths of the dangerous and harmful particles produced by car use. The rest comes from a mixture of road abrasion and wear to brakes and tyres, which would still occur if all of the vehicles on the road were electric.

If you want to help raise awareness of Clean Air Day 2019, you can show your support on social media by sharing this post. To find our more about our HSBC UK Let’s Ride events, click here.