This ride will take you back to 1485 and the end of the Plantagenet dynasty.  Starting in the centre of Leicester you will pass the site of the car park where King Richards’s body was discovered.  Using mainly quiet roads and traffic free paths you will arrive at the hamlet of Sutton Cheney and the Church where, legend says that the King took his last communion prior to the Battle of Bosworth.  From the Church it’s a short ride to the site of the Battle.  Returning to Leicester you finish at the Richard III visitor exhibition.

Recommended rides based on this route 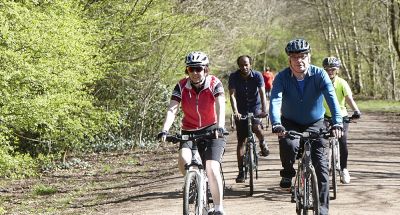