The route circles the racing circuit used for car, motorcycle and kart racing on a traffic free path before heading towards the canal towpath at Platt Bridge. From there you pass the many flashes alongside the canal tha were created by subsidence from coal mining and subsequent flooding - at some points the canal passes through with flashes on both sides like a causway. The flashes are havens for wildlife.and one of the largest, Scotsman's Flash is home to Wigan Sailing Club.

The route then follows the canal towpath through the start of the long flight of locks - there are actually 14 all the way to 'Top Lock' in New Springs but you only pass 1/2 of them before joining the 'Wigan Greenheart' cycle path. This is again naturalised from Wigan's mining heritage and follows the path of an old mineral line through to Hindley and Platt Bridge - along the way you can stop at Morrisons for refreshments. The route then takes us around the newly landscaped Amberswood Common and lake before rejoing the canal and returning to 3 Sisters

Recommended rides based on this route 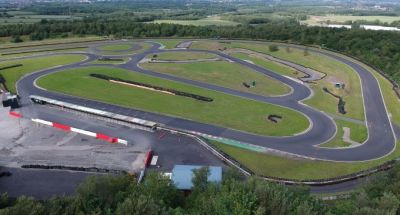